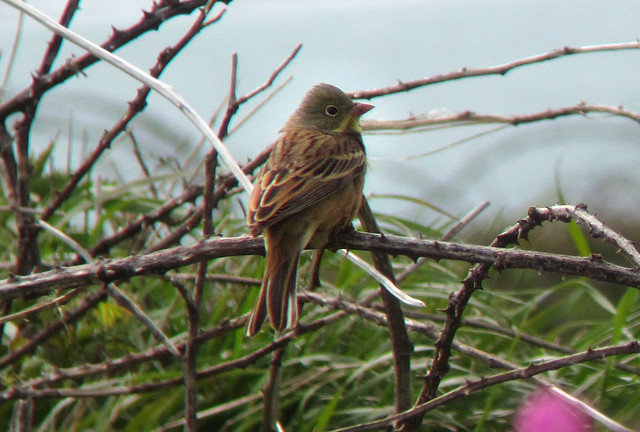 St. Mary’s – A male Ortolan Bunting was found early in the day on the golf course and then promptly disappeared before it was relocated back on the golf course mid-afternoon. The Short-toed Lark was still near the windsock on the airfield, 5 Tufted Ducks were on Porth Hellick Pool, a Cuckoo was at Old Town, 2 Whimbrels were at Porthloo, 1 was at Porth Hellick and 1 was at Shark’s Pit.

St. Agnes – A Hoopoe and a Spotted Flycatcher.

St. Martin’s – A Golden Oriole and a Great Northern Diver.

Eastern Isles – A Purple Sandpiper was on Ragged Island.