Published by Alan Hannington on November 9, 2016 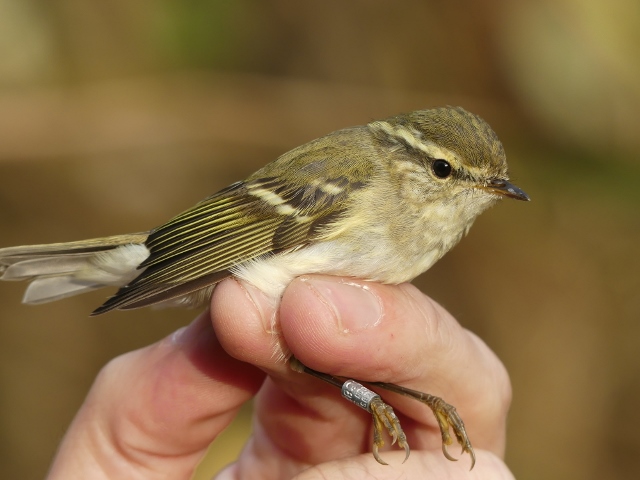 St. Mary’s – There were a minimum of 11 Yellow-browed Warblers on the island, one of which was trapped and ringed at Porth Hellick. The Olive-backed Pipit was still in the field near Nowhere and another was still on Normandy Farm with a Tree Pipit. A Jack Snipe was in Lower Moors, 2 Reed Buntings were in fields between Old Town and the airport and a Black-necked Grebe was in Town Bay. 3 Black Redstarts were at the Riding Stables with another at Longstone where there was also a Mistle Thrush. A Woodlark was at Normandy, a Snow Bunting was at Pelistry Bay, and a Siberian Chiffchaff was at Newford Duck Pond. A Woodcock was on Porth Hellick Loop, a Rook (a scarce bird on Scilly) was in a garden on High Lanes where there was also a Firecrest and another Firecrest was trapped and ringed at Porth Hellick.

Tresco – 15 Yellow-browed Warblers and a Merlin were on the island and the Curlew Sandpiper was still on Abbey Pool. Borough farm was the place to be where there were a Rustic Bunting, an Olive-backed Pipit and 2 Little Buntings.