St. Mary’s – The Black-necked Grebe was still in Porthcressa Bay, a Yellow-browed Warbler was at Porth Hellick, and a Whinchat & Spotted Flycatcher were at Salakee. A seawatch off Peninnis produced 2 Cory’s, 2 Balearic and 3 Sooty Shearwaters.

St. Agnes – The Lesser Yellowlegs, a Curlew Sandpiper, a Little Stint, a Mediterranean Gull, 2 Red-breasted Flycatchers and a Lapland Bunting. 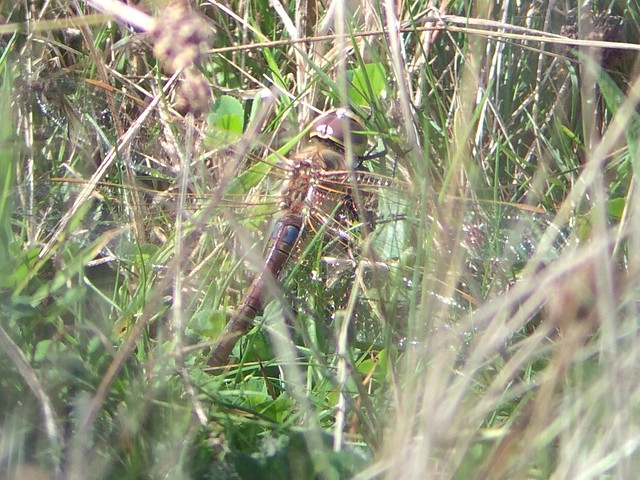 St. Mary’s – A Western Bonelli’s Warbler was found in the pines at Helvear and 3 Yellow-browed Warblers were at Newford Duck Pond, with another 3 on the Garrison. Single Pied Flycatchers were at Newford Duck Pond, Watermill and on the Garrison, also on the Garrison were 3+ Spotted Flycatchers and a Firecrest. Wrynecks were at Bant’s Carn and the coastal path between Pelistry Bay and Watermill Cove.The Black-necked Grebe was still in Porthcressa Bay, a Common Scoter was of Carn Morval and a Grey Plover was on Porthcressa Beach. On the insect front Scilly’s 4th record of Vagrant Emperor Dragonfly was seen and photographed in a field at Longstone.

St. Agnes – A Red-eyed Vireo was found in the parsonage and the Lesser Yellowlegs was still on the Big Pool. Also on the island were a Little Stint, a Curlew Sandpiper and 2 Wrynecks. A Grey Phalarope was off Browarth.

Tresco – A Wryneck, a Great Spotted Woodpecker, a Red-breasted Flycatcher and a Yellow-browed Warbler. 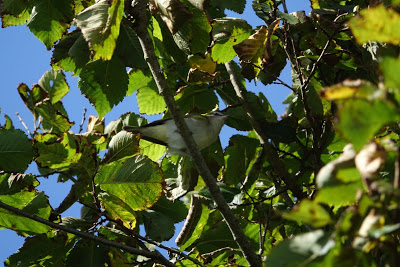 St. Agnes – 2 Red-eyed Vireos were in the Parsonage Garden and the Lesser Yellowlegs & Curlew Sandpiper were on the Big Pool.

St. Agnes – The 2 Red-eyed Vireos were still in the Parsonage/ Lighthouse Gardens and the Lesser Yellowlegs, Little Stint & Curlew Sandpiper were still on the Big Pool. Also on the island were a Great Skua, 3 Wrynecks, 2 Red-backed Shrikes, a Pied Flycatcher, 2 Red-breasted Flycatchers and a Lapland Bunting.

St. Mary’s – The Black-necked Grebe and a Pale-bellied Brent Goose were in Porthcressa Bay. A Melodious Warbler and a Yellow-browed Warbler were on Sallyport. A Wryneck was at Pelistry, a Red-backed Shrike was at Longstone and there were 3 more Yellow-browed Warblers 1 in the Golf Course Pines, 1 at Content and 1at Newford Duck Pond.

Bryher – A Spotted Flycatcher, a Common Rosefinch and a Snow Bunting.

Inter-island waters – A Mediterranean Gull was in the Roads.

At sea – A Grey Phalarope, a Balearic Shearwater and a Sooty Shearwater were seen from the Scillonian III on the crossing from St. Mary’s to Penzance.