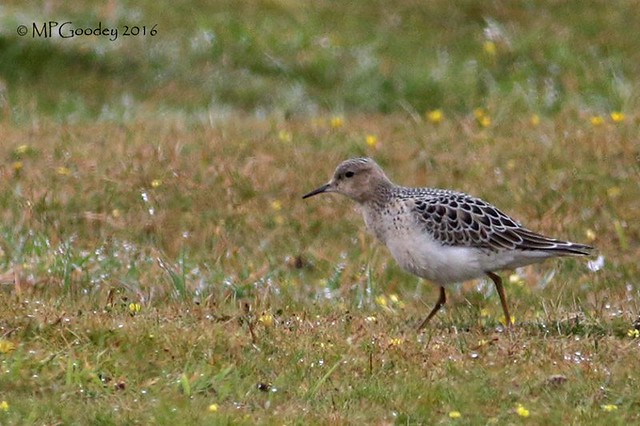 St. Mary’s – A Pied Flycatcher was near the lighthouse on Peninnis Head.

St. Mary’s – A Wryneck was at the end of Green Farm Lane, 2 Pied Flycatchers were at Watermill & another was at Newford, a Whinchat was at Higher Moors and 3 White Wagtails were at Deep Point with another on the Golf Course.

Tresco – 3 Common & 2 Green Sandpipers were on the Abbey Pool and a Pied Flycatcher was at Borough Farm.

Bryher – A Wryneck and and an Icterine Warbler.

St. Martin’s – A Corncrake, a White Wagtail an Icterine Warbler.

Inter-island waters – A Mediterranean Gull was in Tresco Channel.

At sea – An evening pelagic trip in much calmer conditions than Sunday still produced a few lingering birds, among these were: a Balearic, a Sooty & 8 Cory’s Shearwaters and 10 European Storm-petrels. Seen in the water were 30 Common Dolphins, 20 Bottlenose Dolphins, an Ocean Sunfish and 4 Blue Sharks. 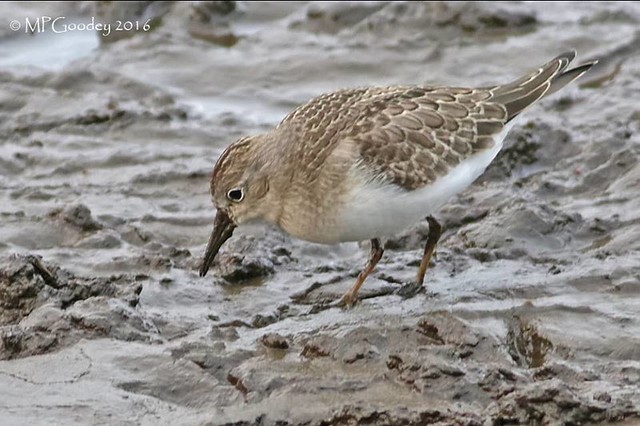 St. Mary’s – A Temminck’s Stint was found at Porth Hellick Pool, this a very scarce bird on Scilly and constitutes only the fourteenth record for Scilly, the last record was in 2011. Also at Porth Hellick were 11 Greenshank, 2 Common Sandpipers and a Dunlin. Single Wrynecks were at Deep Point & Lower Moors and a Common Redstart & a Pied Flycatcher were at Harry’s Walls.

St. Mary’s – The Temminck’s Stint was at Porth Hellick Pool until it flew off early afternoon. 2 Wrynecks were at Deep Point. A White Wagtail was at Porthloo and a Kingfisher was in Lower Moors.

St. Agnes – The Temminck’s Stint arrived on the Big Pool mid-afternoon. Also on the island were 2 Sanderlings.

St. Martin’s – The first Red-backed Shrike of the autumn, a Whinchat, a Common Redstart, a Spotted Flycatcher and a Pied Flycatcher.

St. Mary’s – The Temminck’s Stint was again at Porth Hellick and a Lesser Whitethroat & 2 Whinchats were in Lower Moors.

St. Agnes – A Temminck’s Stint was on the Big Pool. It is thought to be the same that has been on St. Mary’s but there may be two individuals involved in the sightings.

St. Martin’s – A Black-tailed Godwit, a White Wagtail, a Tree Pipit, a Whinchat, 2 Pied Flycatchers and a Common Whitethroat.

St. Mary’s – A Buff-breasted Sandpiper was found in the morning fog on the Golf Course, it then flew off towards Tresco but was relocated in the evening by the turning circle on the Airfield. A Kingfisher and a Pied Flycatcher were in Lower Moors.

At sea – A Cory’s Shearwater and a Great Shearwater were seen from the Scillonian III on the morning crossing from Penzance to St. Mary’s.