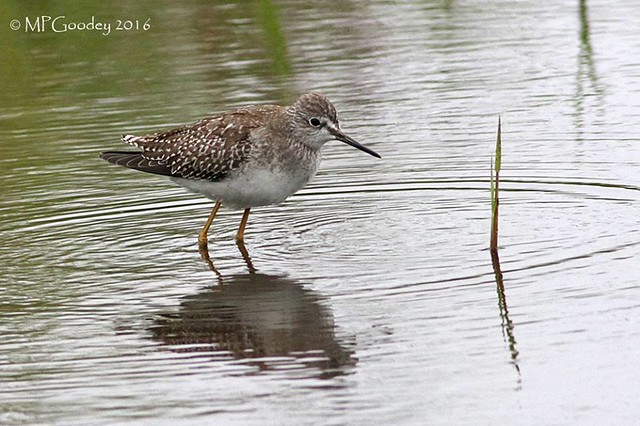 St. Mary’s – A Lesser Yellowlegs flew over Deep Point and landed at Porth Hellick Pool, where the Temminck’s Stint was also still present. The Buff- breasted Sandpiper was still on the Golf Course and a Wryneck was in the Garrison pines. A Seawatch from Peninnis Head produced 43 Cory’s, a Sooty and 2 Great Shearwaters.

At sea – Birders on the afternoon/early evening return trip on the Scillonian III saw 12 Cory’s Shearwaters.

St. Mary’s – The Lesser Yellowlegs, the Temminck’s Stint, 4 Dunlins, 10 Greenshanks, 3 Common & 2 Green Sandpipers, 2 Common Snipe, a Kingfisher and 3 Yellow Wagtails were at Porth Hellick Pool. The Buff-breasted Sandpiper on the Golf Course was joined by a second bird. 2 Cory’s Shearwaters & a Great Skua flew past Giant’s Castle, 3 Whimbrels were at Deep Point with another at Halangy.

Tresco – A Brent Goose was at New Grimsby and a Great Spotted Woodpecker was by the Abbey Gardens’ Café.