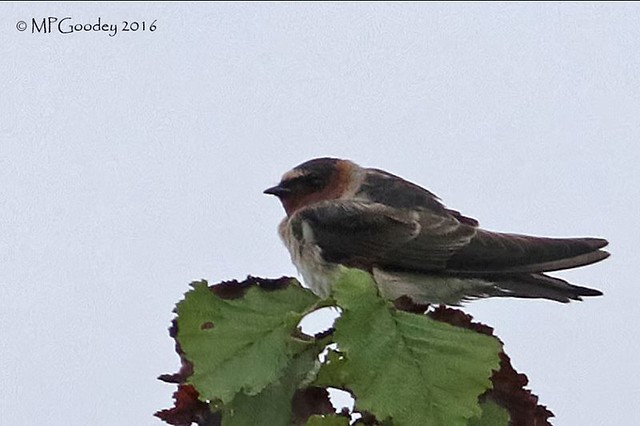 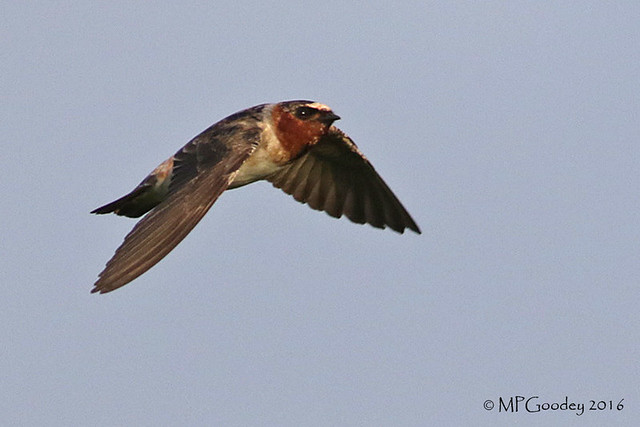 St. Mary’s – The Lesser Yellowlegs and Temminck’s Stint were still at Porth Hellick where there was also a Kingfisher. The 2 Buff-breasted Sandpipers were still on the Golf Course, a Pomarine Skua flew past Peninnis and a Wryneck was in the Porthcressa allotments.

St. Mary’s – A **CLIFF SWALLOW** was found at Porth Hellick early morning. This constitutes only the tenth record for the UK and the fifth for Scilly. The last British sighting was in late October 2001, also on Scilly, so it is 15 years since the last record. The Lesser Yellowlegs & Temminck’s Stint were still on Porth Hellick Pool and the 2 Buff-breasted Sandpipers were still on the Golf Course.