Published by Alan Hannington on June 9, 2016 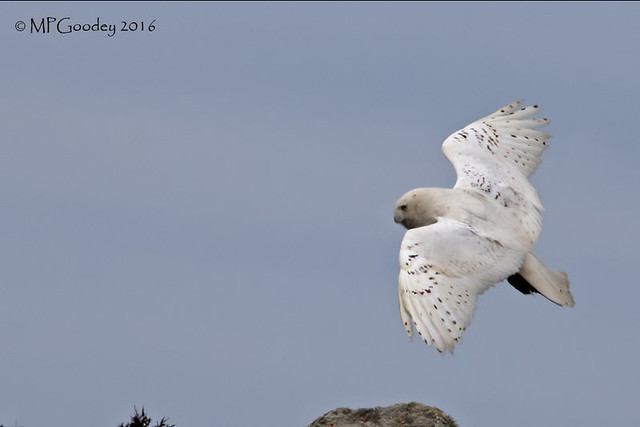 Bryher – A bird was seen at the northern end of Shipman Head Down, it was only seen by a non-birder but his description seemed very good for a male Rock Thrush, it was looked for on Tuesday, but unfortunately there was no sign of it.

Tresco – The Snowy Owl was on Castle Down and the Iberian Chiffchaff was still on Pool Road. Also on the island were a Knot, a Whimbrel, 2 Common Buzzards, a Hobby, 3 Common Swifts, a Whinchat, a drake Shoveler and 2 male, 1 female & 2 young Pochards.

St. Mary’s – A Red-rumped Swallow was over Higher Moors & Holy Vale and a Golden Oriole was on Peninnis.

St. Mary’s – A Red-rumped Swallow was hawking over Porth Hellick Bank and a summer-plumage Spotted Sandpiper was on the pool. A Turtle Dove was on the airfield and a Whimbrel was at Higher Moors.

Bryher – The Snowy Owl was on Shipman Head Down.

St. Mary’s – The summer-plumage Spotted Sandpiper was still on Porth Hellick Pool, an Iceland Gull was on the Golf course and a female Marsh Harrier flew over Porthloo.

Tresco – The Iberian Chiffchaff was still on Pool Road and a Common Swift was over the island.

Bryher – The Snowy Owl was still on Shipman Head Down.

St. Mary’s – The Spotted Sandpiper, 3 Tufted Ducks & 2 Swifts were at Porth Hellick and the Iceland Gull was on the Municipal Dump.

Tresco – The Iberian Chiffchaff was singing at Abbey Crossroads and a Ringed Plover, a Golden Plover & a Wheatear were on Castle Down