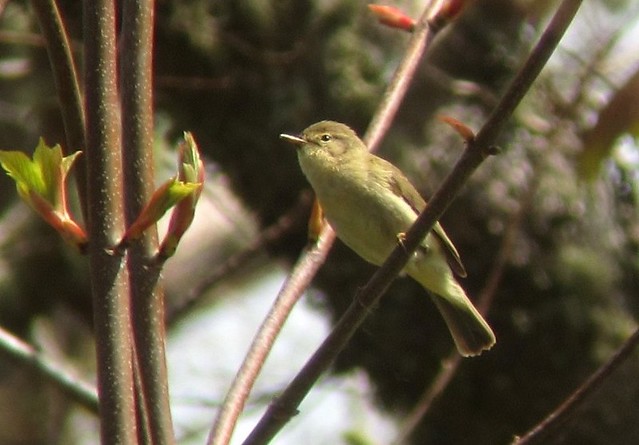 Tresco – The Iberian Chiffchaff was singing near Tresco Abbey and an Iceland Gull was in Tresco Channel.

Bryher – A Common Swift and a Common Whitethroat.

St. Mary’s – 5 Golden Plovers were in a field on Peninnis.

St. Mary’s – A Siskin was on Sallyport, 7 Whimbrels were at Pelistry, 2 Iceland Gulls were on the Golf Course and a Greylag Goose & 2 Common Swifts were at Porth Hellick.

Bryher – The Snowy Owl was again on Shipmanhead Down.

Tresco – The Iberian Chiffchaff was still near Tresco Abbey and Snowy Owl was on Castle Down in the evening. Also on the island were 2 Whimbrels, 2 Common Buzzards and a Whinchat. 11 Pochards were on the Great Pool, there were 2 drakes 3 females and 6 young. This is the third year in a row that they have bred.

St. Mary’s – The Siskin was still on Sallyport and a Lesser Whitethroat was at Porth Hellick.

Inter-island waters – 3 Great Northern Divers were in the Roads. 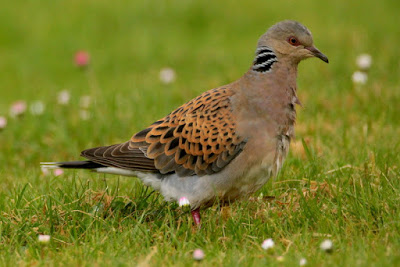 Tresco – The Snowy Owl was again on Castle Down in the evening.

St. Mary’s – 4 Turtle Doves, a Firecrest and a Marsh Harrier, which later flew to Samson. A Common Swift was over the lighthouse on Peninnis, a Spotted Flycatcher was on Sandy Lane, a Cuckoo was at Higher Moors and a Siskin was in Old Town.

Bryher – A Dunlin, 3 Turtle Doves, a Skylark and a Spotted Flycatcher.

St. Mary’s – 2 Iceland Gulls, a Woodchat Shrike and a Golden Oriole were on the Golf Course with another Golden Oriole in Lower Moors. There were various sightings of Red-rumped Swallow around the island and from timings it would seem two birds were involved. After not being seen for several days the male Montagu’s Harrier was seen briefly over Deep Point and a Marsh Harrier was at Porth Hellick. A Richard’s Pipit flew over the Garrison and a Whinchat was in a filed at the Old Town end of Lower Moors.

Bryher – The Snowy Owl was again on Shipmanhead Down, a Woodchat Shrike was in the campsite field and there were 2 Common Redstarts.

Tresco – The Iberian Chiffchaff was still on Pool Road and the male Montagu’s Harrier flew over the north of the island towards St. Helen’s & Teän.

St. Agnes – A Bar-tailed Godwit, 2 Dunlins and a Hobby. 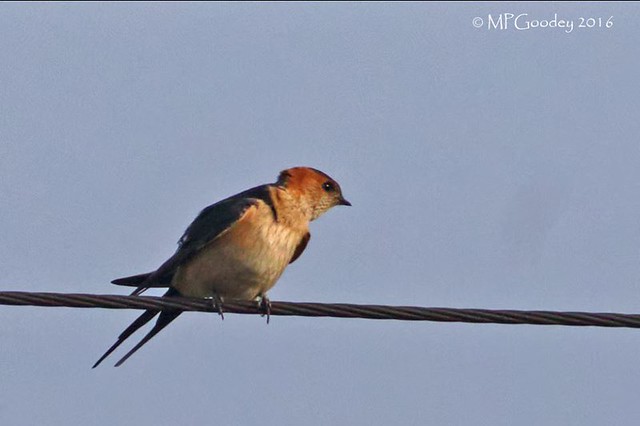 St. Mary’s – A Red-rumped Swallow flew from Lower Moors towards Peninnis and was at Porth Hellick in the evening. Also at Porth Hellick were a Night Heron, a summer-plumaged Black-tailed Godwit, a Marsh Harrier and a female Pied Flycatcher. An Iceland Gull, a Woodchat Shrike, a Hobby and a Siskin were on the Golf Course. The male Montagu’s Harrier flew over the harbour and a Turtle Dove was on the Garrison. A female Red-footed Falcon was hawking over the hangars on the airfield early morning. 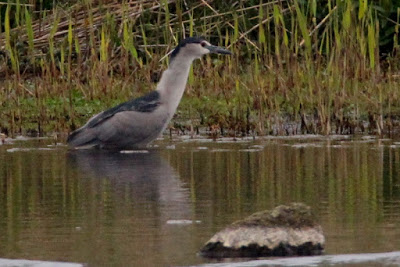 Saturday’s birds were: There was an obvious fall of Spotted Flycatchers with lots reported on the islands.

St. Mary’s – The Red-rumped Swallow was seen on and off at Porth Hellick. The Woodchat Shrike & the Iceland Gull were still on the Golf Course and the male Montagu’s Harrier flew over. A Ruff was on the airfield, Marsh Harrier flew over Lower Moors and a Black Redstart was on the Garrison.

Tresco – The Iberian Chiffchaff was still on Pool Road and elsewhere on the island were a Bar-tailed Godwit, a Black-tailed Godwit, several Common Redstarts & a Golden Oriole.

Bryher – The Snowy Owl & a Dotterel were om Shipmanhead Down, a Quail was in the campsite field and a Golden Oriole was near Popplestone Bay.

Tresco – The Iberian Chiffchaff was still on Pool Road, a Golden Oriole was on Castle Down, a unseasonal female Goldeneye was on the Great Pool, where both female & male Marsh Harriers were reported. The Snowy Owl was on Castle Down and also on the island was a Yellow Wagtail.

Bryher – The Snowy Owl was on Shipmanhead Down, then flew to Tresco before returning later in the day, There were 2 Common Redstarts. 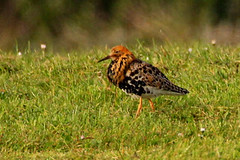 St. Mary’s – There were at least 3 Red-rumped Swallows on the island with 3 flying east past Pelistry in the afternoon and 2 at the airfield in the evening. With singles reported from Deep Point, Porthcressa, Peninnis, Porth Hellick and Porth Minnick. The male Montagu’s Harrier was seen at Bant’s Carn and Watermill and also on the island were 2 Marsh Harriers and a ringtail Hen Harrier. A Short-toed Lark was on the airfield and the female Woodchat Shrike & the juvenile Iceland Gull were still on the Golf Course. A Golden Oriole was at Bant’s Carn, a Spotted Flycatcher was near Old Town Church, a Garden Warbler was in Lower Moors, where there was also a Turtle Dove, with 2 more Turtle Doves on the playing fields on the Garrison.

Bryher – The Snowy Owl & the Dotterel were still on Shipmanhead Down. A new Woodchat Shrike , a male, was at Hillside Farm and also on the island were 2 Yellow Wagtails, a Golden Oriole and a Wood Warbler.