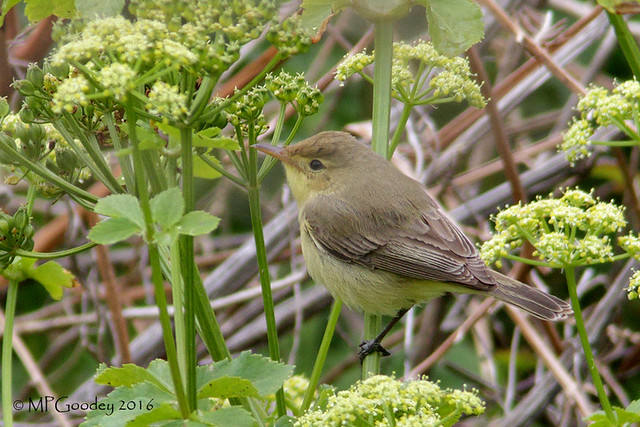 St. Mary’s – A Melodious Warbler was near the tennis courts on the Garrison, a female Goosander was at Porth Mellon and the Woodchat Shrike & the juvenile Iceland Gull were still on the golf course. The Short-toed Lark was again on the airfield, 2 Red-rumped Swallows were at Porth Hellick and 1 was at Deep Point. 2 Turtle Doves were at Trenoweth, 1 was near Mount Todden Farm and one was on the Garrison playing fields. A Marsh Harrier was at Porth Hellick and the Montagu’s Harrier was seen again on the island. 2 Golden Orioles flew over the golf course and single Garden Warblers were seen at Mount Todden, in Hugh Town & on the golf course.

Bryher – The Snowy Owl & the Dotterel were still on Shipmanhead Down, and a Woodchat Shrike & a Golden Oriole were at Hillside Farm. There was a nice collection of flava Wagtails with 2 Yellow, 2 Blue-headed and a Grey-headed around the island. Also present on the island were 2 Garden Warblers, a Common Redstart, a Pied Flycatcher and 7 Tree Pipits.

St. Martin’s – A Ring Ouzel and a Pied Flycatcher. 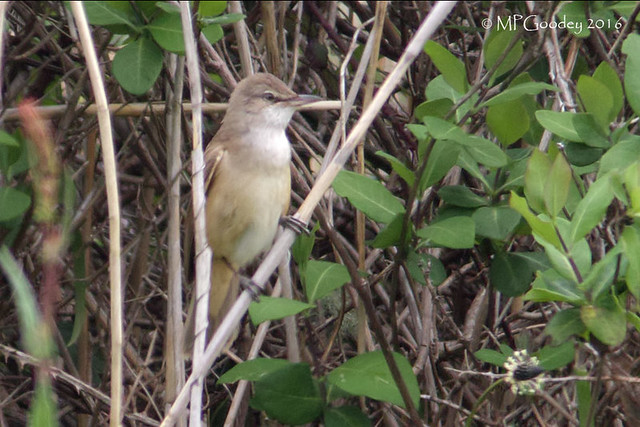 St. Mary’s – A Great Reed Warbler was singing and showing well in a field near the Wellbeing Centre adjoining the School .At least 2 Red-rumped Swallows were seen at various locations around the island. A singing Melodious Warbler was on Porthloo lane near Bishop’s View and a Wood Warbler was in a field at the junction of Porthloo Lane & Telegraph Road. A Marsh Harrier & a Golden Oriole were in Lower Moors & 2 Golden Orioles were on the golf course. 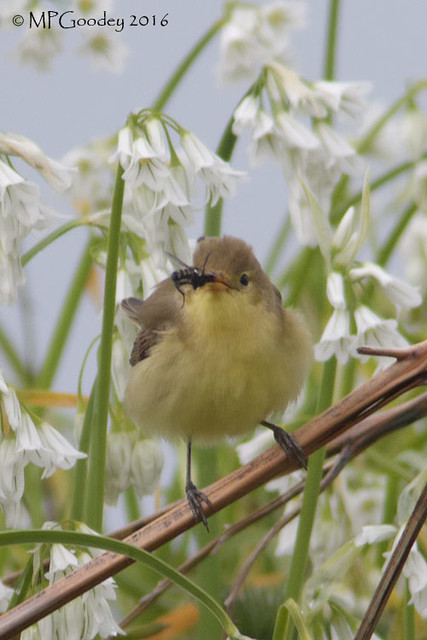 St. Mary’s – 2 Red-rumped Swallows (1 of which was trapped and ringed) were at Porth Hellick a Garden Warbler was also trapped and ringed and nearby on the other side of the pool there was a Golden Oriole. The Melodious Warbler was still singing near Bishop’s View on Porthloo Lane and just down the road the Wood Warbler was still in a field at the Porthloo Lane/ Telegraph Road junction. A Golden Oriole was in a field on Peninnis and another was on the Golf Course, where there was Subalpine Warbler briefly, it was seen again near Juliet’s Garden Café. A Spotted Crake was found in the evening at Lower Moors. The Snowy Owl flew over the Garrison and was seen on rocks below Bant’s Carn before it was mobbed by gulls and flew towards St. Martin’s.

Gugh – The Snowy Owl which was not seen yesterday was relocated at Dropnose Point early in the morning before flying towards St. Mary’s in the afternoon. Also on the island were a Melodious Warbler and a Golden Oriole.

Tresco – The Iberian Chiffchaff was still singing near the Abbey and a female Goldeneye was on the Great Pool.

Bryher – A Dotterel, a Woodchat Shrike and 4 Golden Orioles.

St. Martin’s – A Golden Oriole and a Red-breasted Merganser.