Published by Alan Hannington on February 5, 2016 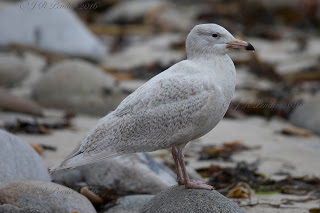 St. Mary’s – The Surf Scoter was still off Innisidgen in Crow Sound and the juvenile Glaucous Gull was still feeding on a seal carcase on Toll’s Porth.

St. Agnes – The Water Pipit was seen for first time in a month.

No reports for Thursday.

St. Mary’s – A Scilly scarcity, a Little Gull was at Porthloo, unfortunately it was taken by a Peregrine. A Kingfisher was on Porth Hellick Pool.