Published by Alan Hannington on September 28, 2015 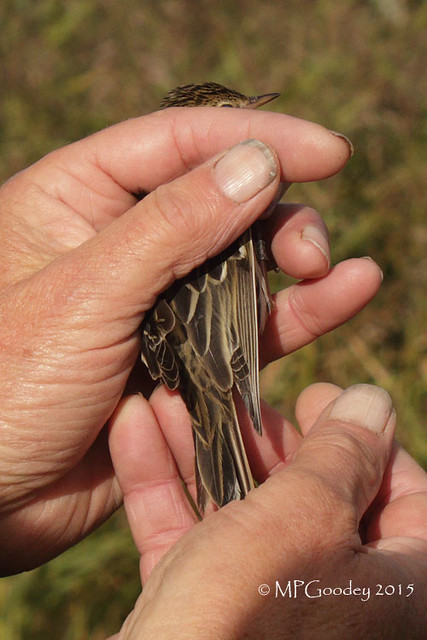 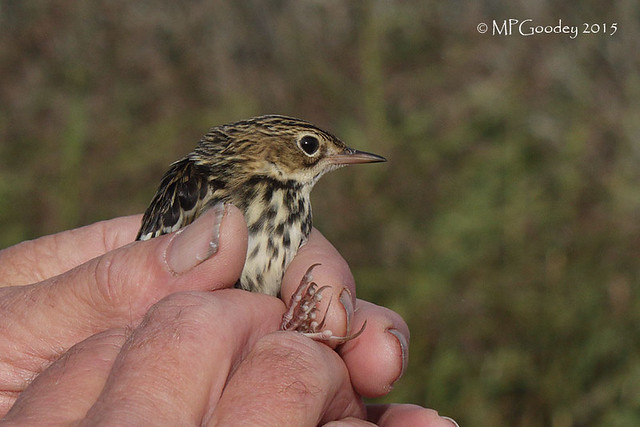 St. Mary’s – The second PECHORA PIPIT for Scilly was trapped and ringed at Porth Hellick, the first bird was seen on Tresco on 27th & 28th October 1994 so it was a welcome addition to the Scilly list of most local birders. A Bonelli’s Warbler sp. was near Morning Point, the Garrison in the evening, the 3 juvenile Pectoral Sandpipers were still at Porth Hellick Pool and a Yellow-browed Warbler was in bushes near the Seaward Hide there. The Dotterel was still on the Airfield, a Wryneck was at Trewince, 3 Whinchats & Spotted Flycatcher were on the Garrison and a Corncrake was in a field between Parting Carn & Black & White Woods.

St. Agnes – The Grey-cheeked Thrush was still at St. Warna’s Cove and also on the island were a Wryneck & a Kingfisher.

Tresco – The Glossy Ibis was still on Simpson’s Field and elsewhere were a Little Grebe & a Mediterranean Gull.