Published by Alan Hannington on September 22, 2015 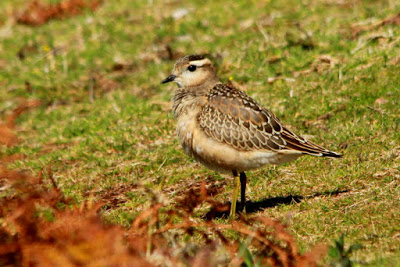 St. Mary’s – A Desert Wheatear was seen briefly on Sandy Lane and a Glossy Ibis flew over Kittydown. The 3 juvenile Pectoral Sandpipers were still on Porth Hellick Pool and the Wryneck was still in the quarry at Deep Point. A Dotterel was on Porth Hellick Down and was later seen on the Airfield. Single Spotted Flycatchers were at Sunnyside and Rosehill.

Bryher – A juvenile Spotted Sandpiper was at Stinking Porth and also on the island was a Yellow-browed Warbler.

Tresco – The Glossy Ibis was seen over the island. Elsewhere, a Pochard, 35 Teal, a Little Grebe, a Common Buzzard, a Kingfisher and 2 Spotted Flycatchers.