Published by Alan Hannington on September 20, 2014 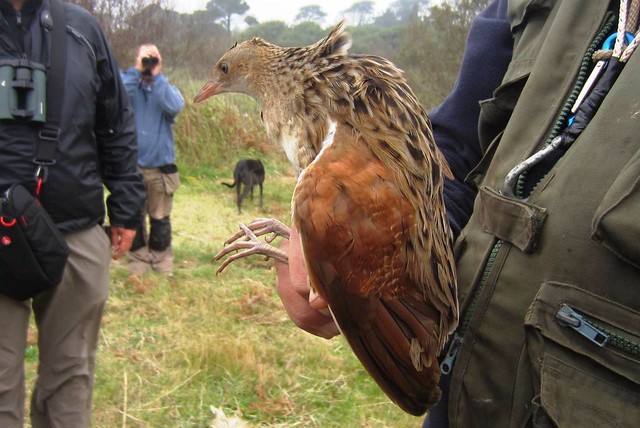 St. Mary’s – A Corncrake was caught and ringed at Porth Hellick. A Ruff, 3 Snipe, a Wryneck, a Grey Wagtail, 2 Whinchats and a Common Redstart were in Lower Moors. A Red-breasted Flycatcher was between Newford Duck Pond and Watermill and also in the area were 3 Pied Flycatchers and 8 Spotted Flycatchers. A Common Sandpiper was on Porthcressa Beach, a Kingfisher was on the Garrison and a Wryneck was behind Porthloo Farmhouse.

Tresco – A Common & a Green Sandpiper, 3 Curlew Sandpipers, 2 Little Stints, 2 Ruff, a Black-tailed Godwit, a Spotted Redshank, a Spotted Crake, a Yellow Wagtail and an Ortolan Bunting. An Arctic Tern was in Tresco Channel. 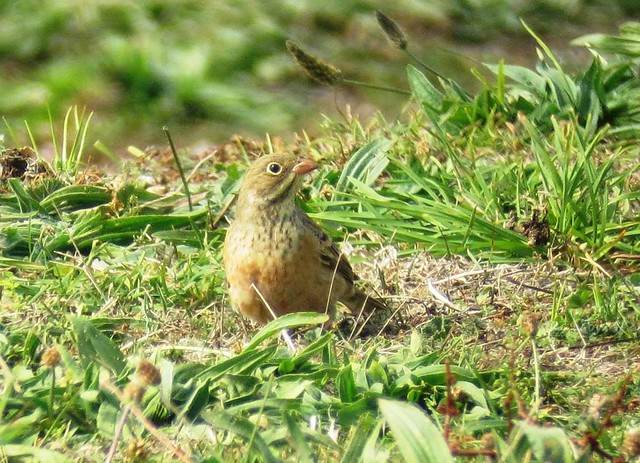 St. Agnes – 2 Little Stints ( 1of which was killed by a Water Rail), a Ruff, a Wryneck, a Grasshopper Warbler and a Common Rosefinch.