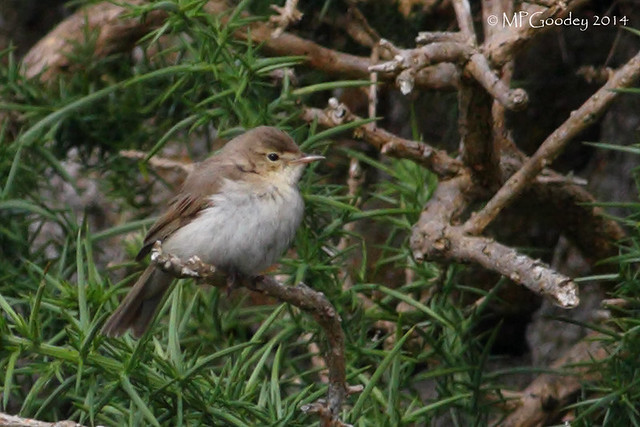 St. Mary’s – The Booted Warbler was still on Peninnis and nearby the Wryneck & Barred Warbler were still in the allotments. 2 Curlew Sandpipers, 2 Black-tailed Godwits, a Whinchat & a Whinchat were at Porth Hellick and next door a Yellow Wagtail, a Common Redstart, 2 Whinchats & 2 Spotted Flycatchers were on Carn Friars Farm. A Common Redstart, 6 Spotted Flycatchers & a Pied Flycatcher were in the Garrison pines, a Black-necked Grebe was in Hugh Town Harbour, a Firecrest was in Carreg Dhu Gardens, a Turtle Dove was by the Golf Course, a Common Sandpiper was on Porthcressa Beach and an Arctic Tern was in St. Mary’s sound.